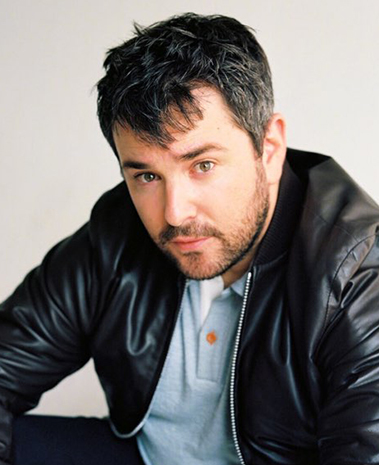 Alex Brightman is a writer and Tony-nominated actor who has been seen on Broadway in School of Rock, Matilda, Big Fish, Wicked, Glory Days; on TV in “Documentary Now!,” “SMILF,” “Important Things w/ Demetri Martin;” and in one horror film where he was brutally murdered on a toilet. His musical writing credits include It’s Kind of a Funny Story(Universal Theatrical), The Whipping Boy, and Make Me Bad, all with his writing partner Drew Gasparini. His newest plays, We Left It Here and Everything Is Fine will both be presented in New York City in 2019. This one’s for Carole Shelley. @ABrightmonster 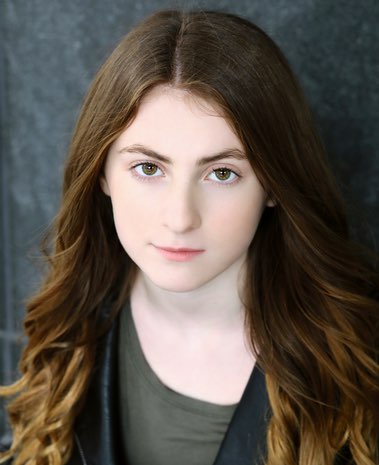 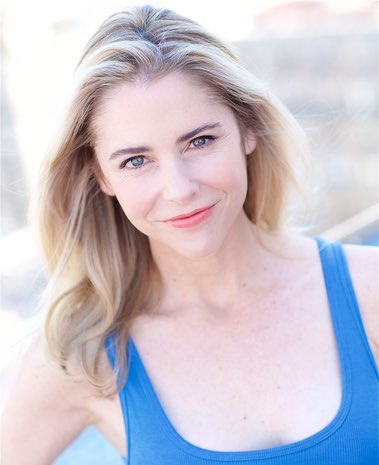 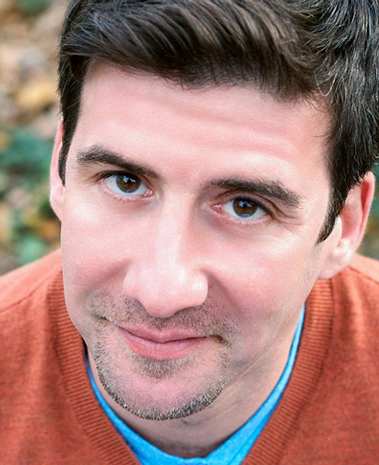 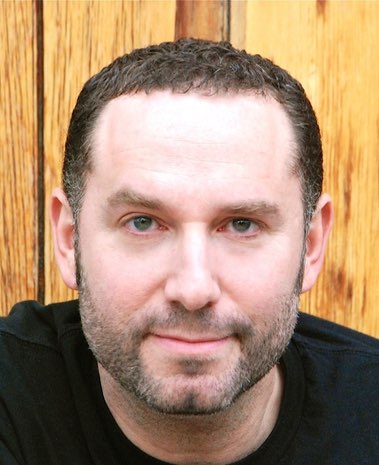 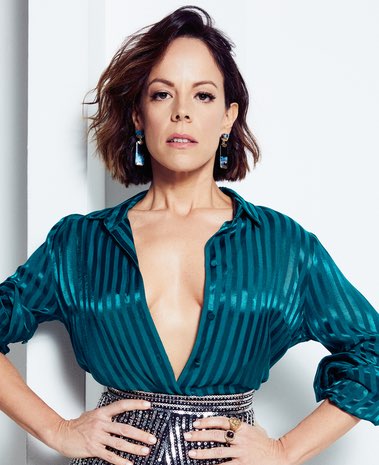 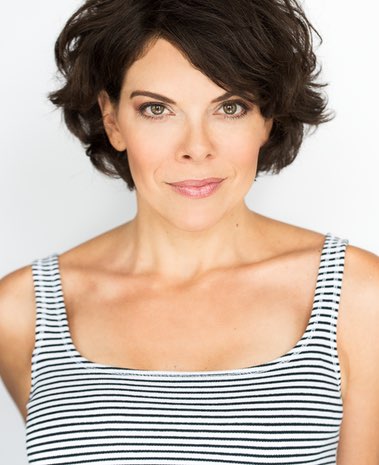 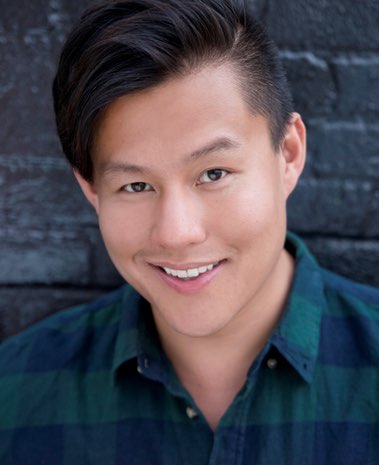 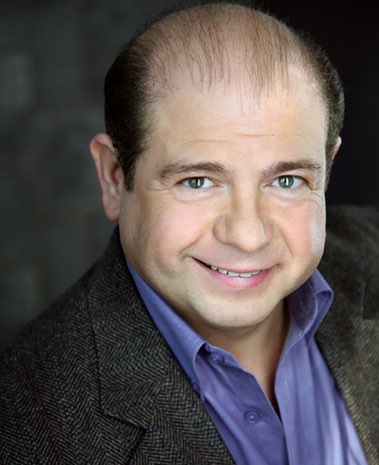 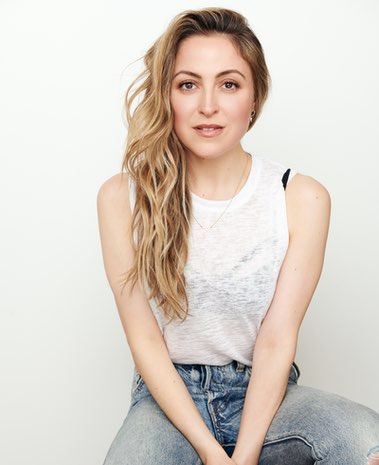 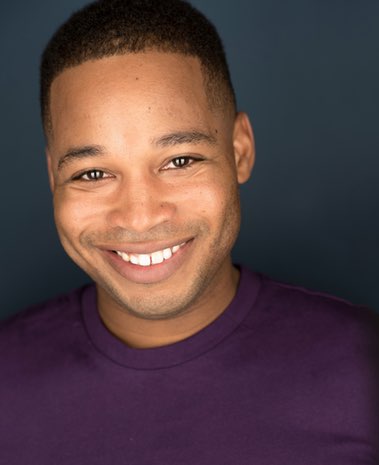 Broadway: A Bronx Tale, The Book of Mormon. Much love and continued thanks to HCKR and to the Beetlejuice team for having me along. MTX forever, and as always, love to my family, friends, and beautiful wife, Jessie! Instagram: @ii.the2nd 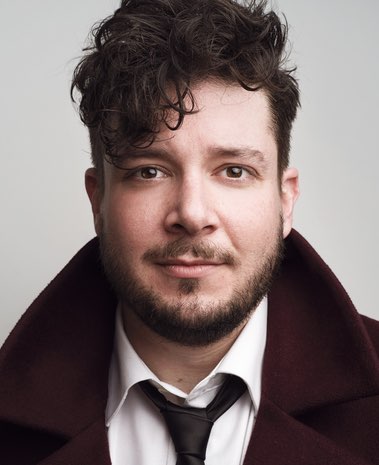 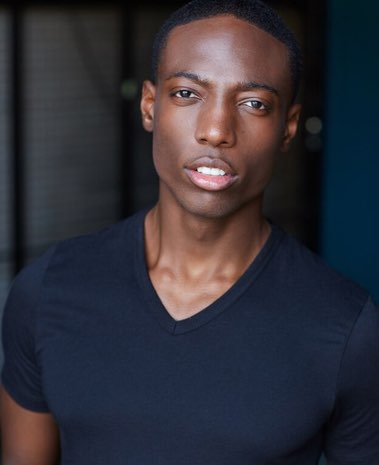 Johnny is from Dallas, Texas and a Texas State University (‘16) graduate. “I’m excited to be making my Broadway Debut with an incredible cast and creative team. Grateful to my family for their support and CTG for this opportunity.” 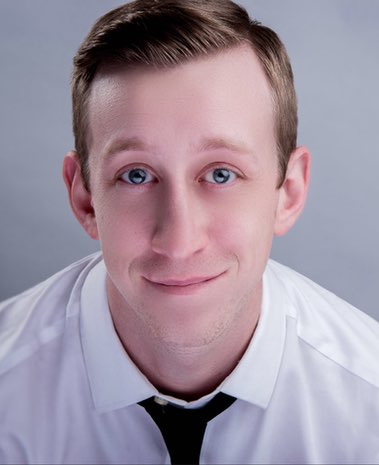 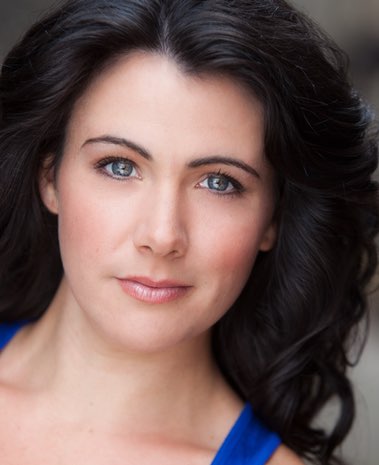 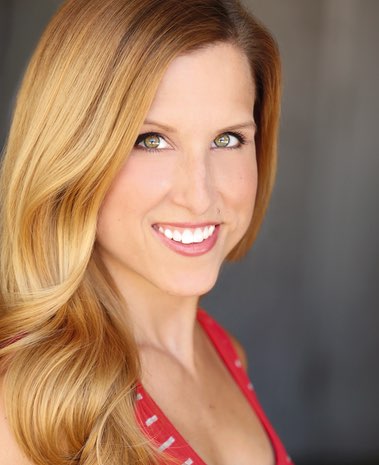 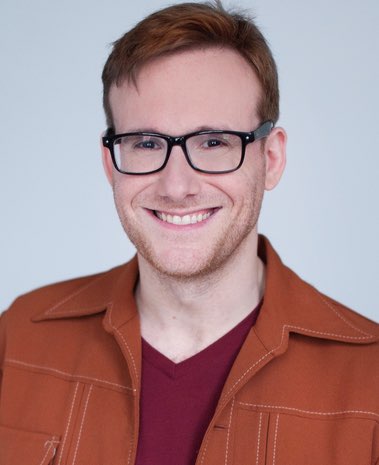 Abe Goldfarb is thrilled to make his Broadway debut in Beetlejuice. He is a graduate of the Bristol Old Vic Theatre School, a voice actor, a director and a worldwide burlesque emcee (seriously). Deepest, dearest love to Mom and Rosebud. 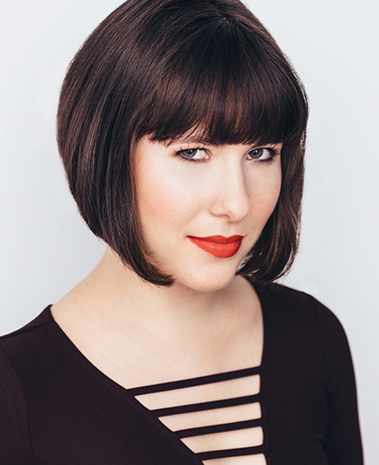 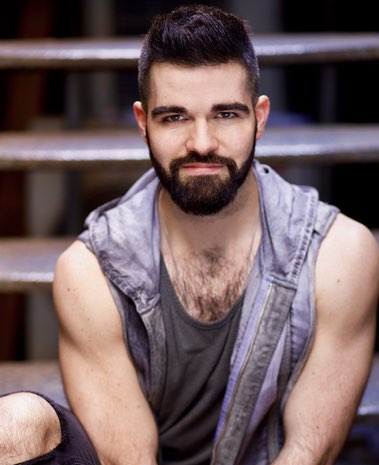 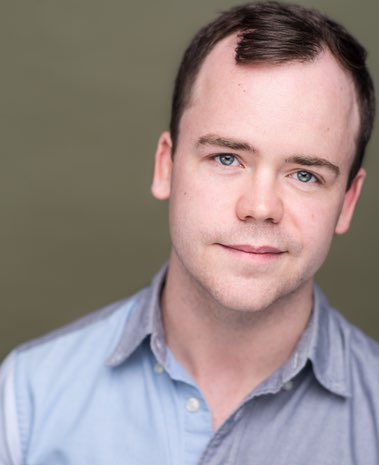 Broadway: Charlie and the Chocolate Factory; Regional: Asolo Rep; MUNY; Cape Playhouse; Lyric Theatre Oklahoma; Music Theatre Wichita. B.M., Oklahoma City University. The MINE, the team, my family, my friends, Michael – thank you. This is for my Dad. @elliottmattox – @equityonepodcast 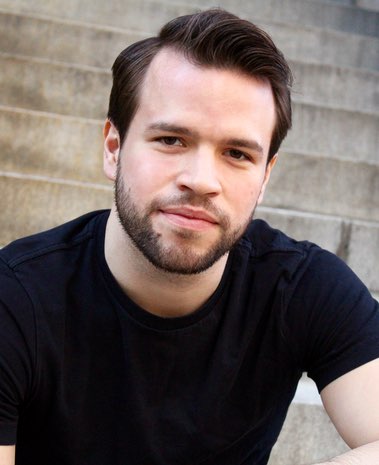 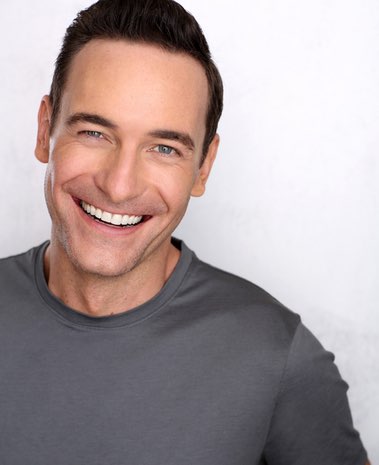 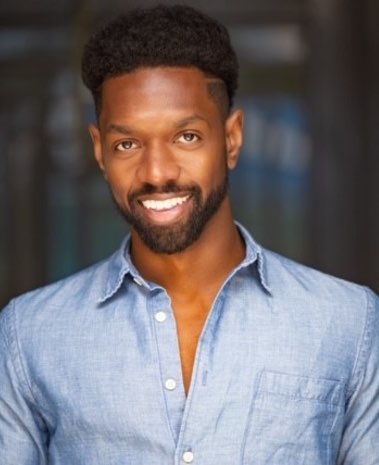 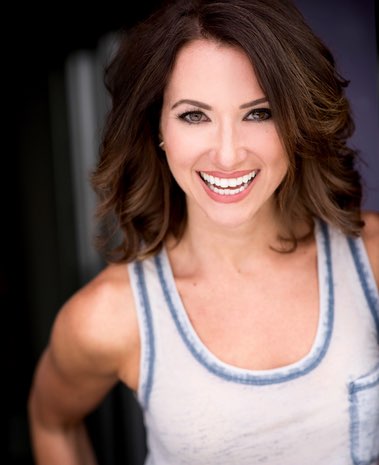 Eddie Perfect is an Australian composer, lyricist, playwright, musician and performer. His works for the stage include Shane Warne The Musical (Token Events) for which he won a Helpmann, Greenroom and Victorian Premier’s Literary Award, Vivid White and The Beast (Melbourne Theatre Company), Strictly Ballroom (Global Creatures), Songs From The Middle (with the Brodsky Quartet) and King Kong Alive On Broadway (Global Creatures). Eddie’s acting credits include Offspring (Ten), South Pacific (Opera Australia/Lincoln Centre Theatre), Keating! (Belvoir) and as a regular presenter on Playschool. Eddie dedicates Beetlejuice to his wife Lucy Cochran and his daughters Kitty and Charlotte.

Scott Brown has written with Anthony King since high school. Their two-man musical comedy Gutenberg! The Musical! scored Drama Desk, Lortel and Outer Critics Circle nominations. Scott also writes TV (HBO’s “Sharp Objects,” Hulu’s “Castle Rock,” Amazon’s “Utopia”) and novels (xL, Knopf). He won the George Jean Nathan Award for his theater criticism at New York, and spent many happy years at Entertainment Weekly. Infinite love to Robbie, Roger, Holland and Robert, who made everything possible, and to Katie, Zoe and Harry, who make everything worth it. He dedicates his work on Beetlejuiceto the memory of Pat McDonagh.

William Ivey Long has over 70 Broadway design credits in addition to his work in television, film, opera and ballet.  Mr. Long has won 6 Tony Awards, with 15 nominations. He was inducted into the Theatre Hall of Fame in January 2006 and recently completed a 4-year elected term as Chairman of the American Theatre Wing. www.williamiveylong.com

Grammy, Olivier, five-time Tony nominated. Selected Designs include: Frozen, King Kong, Moulin Rouge, Anastasia, Once On This Island, Something Rotten!, Rock of Ages, After Midnight, Motown, The Scottsboro Boys, Side Show, Rocky, Bullets Over Broadway, Shrek the Musical, On A Clear Day, Lend Me A Tenor, Elf, Wonderland, Cry Baby, The Times They Are A-Changin’, The Wedding Singer, Sweet Charity.

Broadway: King Lear, Oklahoma, Frozen, Aladdin, You Can’t Take It With You, & Rocky. West End: Harry Potter and The Cursed Child, Let the Right One In. Other Work: Jeremy was honored for his contribution to the 2018 Emmy-winning design of “Jesus Christ Superstar Live.” His creations have been featured at the Museum of Art & Design & he is head designer for J&M Special Effects.

Michael Weber’s magic has appeared in Broadway productions including Angels in America, A Year of Magical Thinking, Faustus, In and of Itself, On The Stem, Ricky Jay and His 52 Assistants, Rogue’s Gallery, and Top Dog Underdog. Film work includes Forest Gump, Leap of Faith, Ocean’s 13, Serpent and the Rainbow, Sneakers, The Illusionist, The Parent Trap, The Prestige, and Wolf.

Broadway: Beetlejuice, Gary, Frozen, Noises Off. Off Broadway: MacBeth, All the Fine Boys, Humor Abuse, Harlequin Studies. As an actor, Lorenzo’s work on and off Broadway has been recognized with Drama Desk, Lucille Lortel, Obie, Outer Critics Circle awards. @lorenzopisoni

Broadway: Gary: A Sequel to Titus Andronicus, Oklahoma!, Be More Chill, Network, The Cher Show, The Prom, Pretty Woman, My Fair Lady, Mean Girls, Frozen, Anastasia, Come From Away, Waitress, Hamilton, Kinky Boots, Wicked. Film: Mary Poppins Returns, Ben Is Back, The Greatest Showman. TV: “Rent,” “Murphy Brown,” “This Is Us,” “House of Cards,” “One Day at a Time.” www.telseyandco.com

Eddie Perfect is an Australian composer, lyricist, playwright, musician and performer. His works for the stage include Shane Warne The Musical (Token Events) for which he won a Helpmann, Greenroom and Victorian Premier’s Literary Award, Vivid White and The Beast (Melbourne Theatre Company), Strictly Ballroom (Global Creatures), Songs From The Middle (with the Brodsky Quartet) and King Kong Alive On Broadway (Global Creatures). Eddie’s acting credits include Offspring (Ten), South Pacific (Opera Australia/Lincoln Centre Theatre), Keating! (Belvoir) and as a regular presenter on Playschool. Eddie dedicates Beetlejuice to his wife Lucy Cochran and his daughters Kitty and Charlotte.

In addition to hiring the finest musicians in the world, Howard continues to perform as Drummer, Percussionist, and Conductor; in the recording studio, live, and on Broadway.  His Music Coordinator credits include the Broadway productions of Beetlejuice, The Prom; Mean Girls; Groundhog Day; Bandstand; Paramour; Allegiance; Aladdin; Matilda; Side Show; Bullets over Broadway; A Night With Janis Joplin; Cinderella; Scandalous; Chaplin; Ghost; How to Succeed in Business Without Really Trying; Promises, Promises; Bye-Bye Birdie; Grease; The Times They Are A-Changin’; and Dirty Rotten Scoundrels.  He was the original Drummer/Percussionist for the Broadway productions of Groundhog Day; Matilda; Ghost; Billy Elliot; Dirty Rotten Scoundrels; Never Gonna Dance; Flower Drum Song; Full Monty; Jesus Christ Superstar; Miss Saigon; Les Misérable; The King and I; and Cleavage.  His conducting credits include seven Broadway shows, and 14 years as an Associate Conductor for the annual Christmas Spectacular at Radio City Music Hall, where he now serves as Contractor for both the Christmas and Summer Spectaculars. For Robin and Taylor.

Broadway: The Play That Goes Wrong, Honeymoon in Vegas, Newsies, Anything Goes, Bye Bye Birdie, Waiting for Godot, Sunday in the Park with George, 110 in the Shade. Regional: Paper Mill Playhouse, La Jolla. All my love to Paul and Chloe. WWMDD always.

Selected Credits: All My Sons; Anastasia; Book of Mormon; Burn This; Frozen; Gary; Hello Dolly; Hillary and Clinton; King Lear; Mean Girls; Network; The Ferryman; To Kill A Mockingbird; Tootsie. Aurora has been providing technical supervision and production management to the entertainment industry since 1989.

WB Bros. Theatre Ventures develops and produces first-class musicals and stage productions from the company’s expansive catalogue. WBThV was previously represented on the West End, Broadway and currently on the First National Tour and Australian production by Olivier Award-winning musical Charlie and the Chocolate Factory, the Broadway stage adaptation of Stephen King’s Misery, starring Bruce Willis and Laurie Metcalf, and by the Tony Award Best Play winner, The Curious Incident of the Dog in the Night-Time. Other Broadway credits include the Tony Award-winning musical The Bridges of Madison County and the holiday hit Elf. The division is developing productions of Dave (Arena Stage), 17 Again (NAMT), Dog Day Afternoon, and A Star is Born. WBThV also licenses third-party stage rights, including such productions as The Bodyguard, Singin’ in the Rain, Hairspray, The Wizard of Oz, The Color Purple and 42nd Street.

Sign up for news and updates from the Netherworld:

Get tickets to a Thursday performance during the month of October and enter the in-person costume contest.

Follow these rules (or you're dead to us).
Contest entries will be accepted between 6:15:00 pm ET and 6:45 pm ET on October 3, 10, 17, 24, and 31, 2019. Entries may include groups of up to six (6) people. Every person entered into the contest, including members of a group, must provide proof of their ticket to that evening's performance. Entries must not include content from Beetlejuice the movie. Costumes may not obstruct the view of another audience member, and must fit within the reasonable boundaries of your seat. No simulated, costume or functional weapons are allowed at BEETLEJUICE the Musical. Full-face masks are also prohibited. Hate speech (in any language) is not permitted on attire or props. Shoes must be worn at all times. No nudity. Judging criteria: originality/creativity (40%), adherence to the creative world of BEETLEJUICE the Musical (40%) and overall quality of costume(s) (20%).

Get tickets to a Thursday performance during the month of October and enter the in-person costume contest.

During the performance, the cast will choose a winner.

After the show, the winner(s) will have a photo taken with the cast.

Follow these rules (or you're dead to us).
No simulated, costume or functional weapons are allowed at BEETLEJUICE the Musical. Full-face masks are also prohibited. Hate speech (in any language) is not permitted on attire or props. Shoes must be worn at all times. No nudity.

To enter the digital costume contest, share a photo on Twitter or Instagram that tags @BeetlejuiceBway and uses #BeetlejuiceCostumeContest in the caption through October 27, or upload your photo on our contest landing page.

One winner will receive an exclusive October merchandise package. The winner will be announced on October 31.